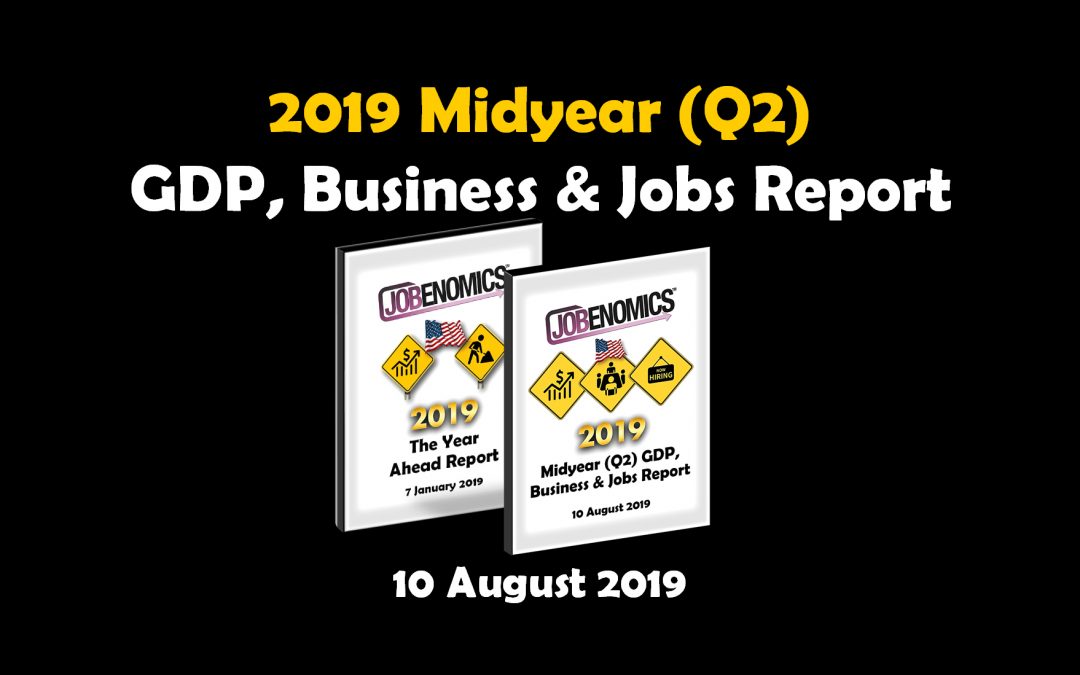 The U.S. economy is growing briskly.  From the end of the Great Recession in June 2009 to 1 July 2019, the United States economy delivered 121 straight months of GDP growth, the longest consecutive recession-free months in U.S. history.  The S&P 500 Index of the 500 largest publicly-owned U.S. companies tripled in value from its Great-Recession low in 2009.  The rate of average quarterly GDP growth increased from 0.3% in 2009 to 1.9% in 2016 to 2.6% in 2019.  U.S. job creation soared from 22,420 new jobs per month during the Bush Administration to 118,427 during the Obama Administration to 195,240 during the 30-month tenure of the Trump Administration.  Correspondingly, the number of unemployed Americans decreased from a peak of 15.3 million to only 6 million today.  Based on this data alone, the American economy is booming.

On the other hand, there are signs that the U.S. economy is decelerating.  Political gridlock, social unrest, trade war, and global economic slowdown are eroding consumer, business, and investor confidence as well as encouraging foreign adversaries.  While the erosion of the U.S. manufacturing base (the anchor tenant of the U.S. economy) added 1,379,000 new jobs this decade, the small business sector (the engine of the U.S. economy) is faltering.  Job creation decline for Small & Medium Businesses (1-499 employees), Small Businesses (1-49) and Micro-Businesses (1-19) plummeted since 2010 by 142%, 115%, and 142%, respectively.  Even more troubling is the fact the rate of startup businesses (the seed corn of the U.S. economy) is now half of what it used to be in the 1980s.  More recently, the number of new jobs produced by startups (private sector firms less than one-year-old) dropped from a peak of 4.9 million new posts in 1999 to 3.1 million in 2018—for a total of 26.5 million unrealized positions.  The U.S. labor force is also languishing due to a lack of qualified and interested workers.  As of 1 July 2019, the Bureau of Labor Statistics (BLS) estimates that there are 7.3 million unfilled job positions mainly due to the lack of skilled applicants.  Moreover, the number of sidelined workers in the BLS “Not in the Labor Force” group (aka citizens who can work but are not looking for jobs) is 16-times the size (96 million) than are in the BLS “Officially Unemployed U3” category. 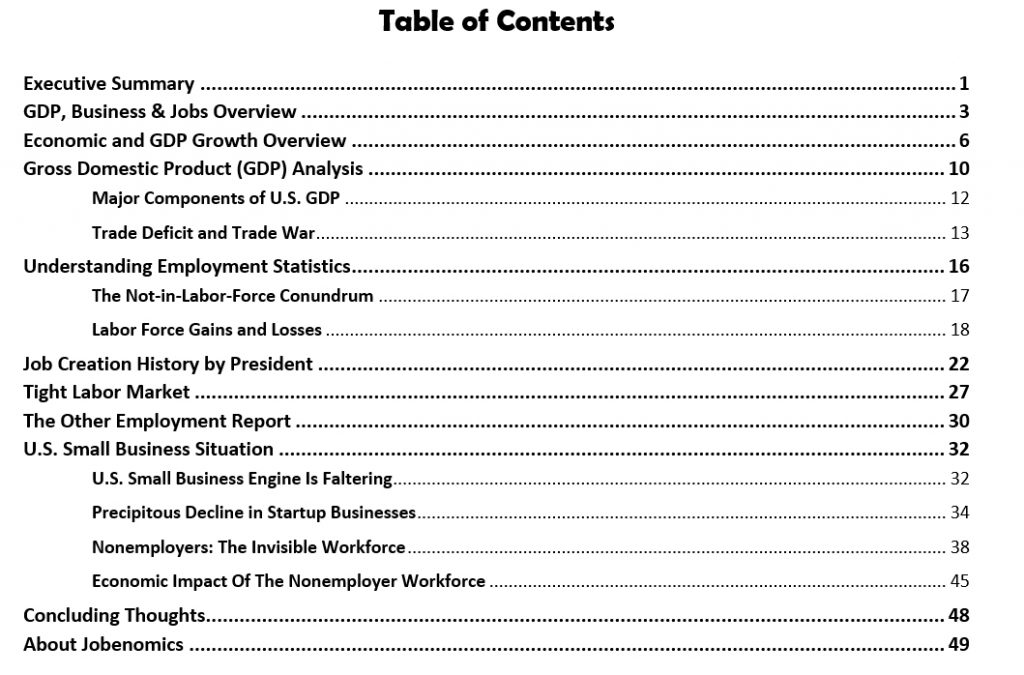