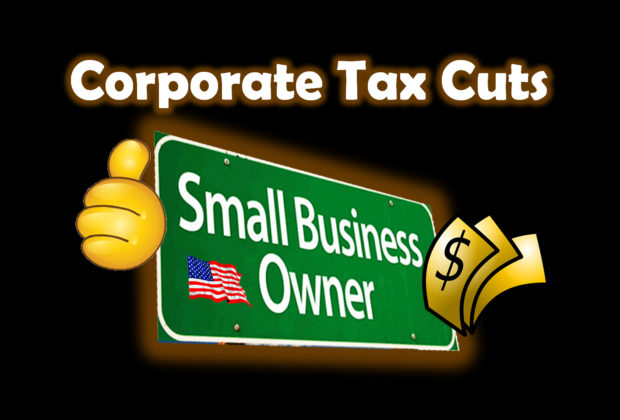 Tax reform is an American imperative, as our system outdated and is a major factor of sclerotic rates of economic growth that depresses GDP and erodes middle class wages. Since our highly-divided Congress cannot seem to cut spending ($500B to $1T annual deficits), tax reform’s top priority has to be on doubling annual GDP growth and creating 25 million new jobs per President’s Trump vision.

The optics of today’s House and Senate bills are not good since the general public’s perception that these bills provide big breaks for large corporations and the rich.  Consequently, the U.S. Congress has to focus tax reform legislation on growing the economy via tax cuts for small business and working Americans.

Cutting the corporate tax rate from 35% to 20% on incorporated small business, and reducing the top tax brackets from 39.6% to 25% for “pass through” businesses (sole proprietorships, partnerships and self-employed) that pay taxes based the owner’s personal income tax returns) will generate the maximum return on investment of any tax reform legislation.

Over the last dozen years, small businesses created 7-times as many jobs as big business (12.2 million versus 1.7 million).  While manufacturing is an anchor tenant of the U.S. economy, it has produced only 138,000 jobs, a growth rate of only 1.3% during the first 10-months of the Trump. Tax cuts for large manufacturing companies should substantially improve this percentage.  While it is important to retain manufacturing in the U.S. and reshore jobs, manufacturing will not be a major jobs generator of high paying jobs as advertised largely due to automation and increasing usage of part-time labor.

30 million U.S. small businesses are the engine of the U.S. economy and jobs generator employing 80% of all Americans and creating 75% of all new jobs this decade.  If each of these 30 million small businesses helped create only one (1) net new employee over the next several years, Trump’s 25 million new jobs goal could be realized in a much shorter time frame than currently envisioned.

Tax reform also needs to focus on small business startups.  Business startups are the seed corn of the U.S. economy.  Without the planting and fertilization of these seedlings, the fields of American commerce would remain fallow.  If we were creating new firms at the same rate as in the 1980s that would be the equivalent of more than 200,000 companies and 1.8 million jobs a year.