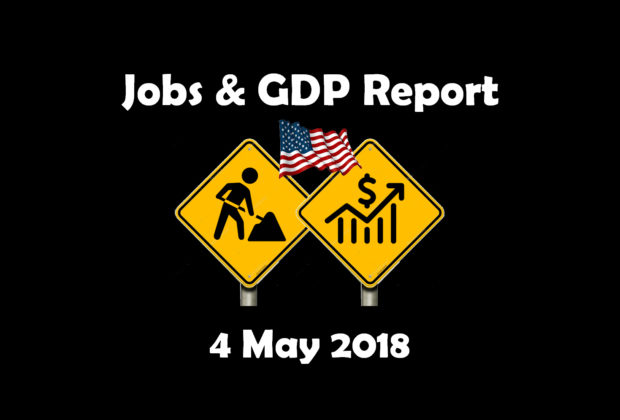 The latest U.S. Bureau of Labor Statistics and ADP Research Institute employment reports for April 2018 indicate that the United States created only 164,000 and 204,000 new jobs respectively.  Both figures are below the 250,000 new job threshold advocated by most economists.  As reported by the Bureau of Economic Analysis (BEA), during the first year of the Trump Administration, GDP averaged 2.6%.  BEA’s advance estimate for Q1 2018 is a disappointing 2.3%.  Consequently, the U.S. economy is not yet gaining sufficient momentum to achieve President Trump’s goal of creating 25 million new jobs and sustained 4% GDP growth over the next decade.  To achieve this worthy and important goal, the Administration must spend more time on small, micro and startup business creation, with emphasis on the emerging digital economy.  Download the complete 17-page May 2018 Jobenomics Jobs & GDP report as well as other reports and e-books in the Jobenomics library.