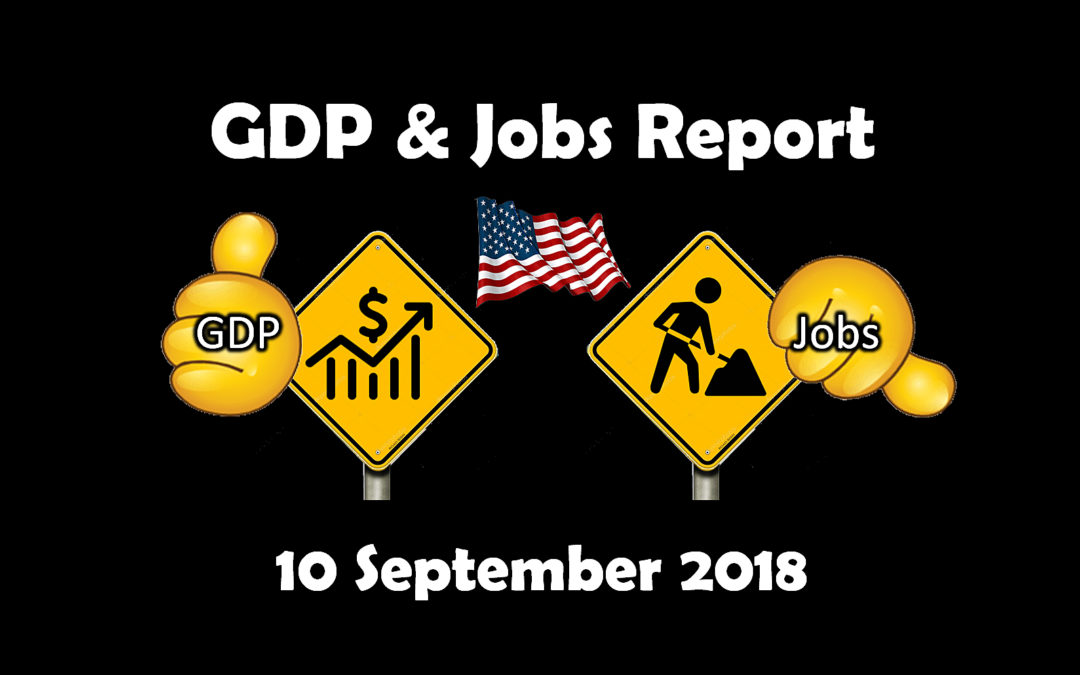 The August 2018 employment report is nothing to celebrate.  Jobenomics asserts that the media hoopla regarding 201,000 new U.S. jobs in August by the Bureau of Labor Statistics (BLS) is unwarranted since the U.S. labor force suffered a net loss of 445,000 citizens across the three reported BLS labor force categories: Employed, Unemployed and Not in the Labor Force.  The voluntary workforce exodus of 692,000 people (as many people as there are in major cities like Pittsburgh and Cleveland combined) is a far more significant, and unreported, BLS statistic than the 201,000 who entered the labor force.

The latest U.S. Bureau of Labor Statistics[1] and ADP Research Institute[2] employment reports for August 2018 indicate that the United States created 201,000 (204,000 private sector gains and 3,000 government losses) and 163,000 (private sector only) new jobs, respectively.  Both figures are below the monthly 250,000 job threshold advocated by most economists.  The number of unemployed (BLS U3 rate) edged down slightly by 46,000 citizens.  The BLS Not-in-Labor-Force category (i.e., people who can work but don’t work) increased by a stunning rise of 692,000 voluntary workforce departures.   The BLS reports that only 5,534,000 (5.8%) out of 96,157,000 people in the Not-in-Labor-Force cadre currently “want a job.”[3]  The remaining 90,622,000 are seeking livelihoods by other means including living on retirement income, student loans, public/familial assistance or alternative lifestyles.

These less than stellar August 2018 employment reports do not diminish the impressive GDP and job performance of Trump Administration over the last 20-months.  Job creation generally follows GDP growth that has recently reached 4.2% that is almost double the average rate of GDP growth this decade.   As indicated by the stock markets, low unemployment rates and consumer confidence the U.S. economy is booming.  However, as indicated by the continued exodus of work-capable citizens to the netherworld of the Not-in-Labor-Force, the economy is not booming for everyone.  The gap between skilled and unskilled workers, large and small business, and the wealthy and poor are all continuing to increase.

Today, 96,290,000 sidelined citizens are counted by the BLS as “Not in the Labor Force,” which is three-quarters of the size (126,939,000) of the number of workers employed by the entire U.S. private sector.  Despite gains made by the recent economic boom, the U.S. labor force is weaker by almost 10 million people than it was in the year 2000—a disparity and private sector workforce burden made even worse if one includes population growth of 46 million additional Americans (282 million in 2000 versus 328 million today).

Net U.S. Labor Force Gains and Losses since the Year 2000

As shown, the U.S. labor force is now weaker by 9,726,000 citizens than it was at the turn of the 21st Century.  During the 8-year G.W. Bush Administration, which was plagued by two recessions and multiple disasters, the U.S. labor force sustained a net loss of 13,429,000 citizens.  While the 8-year Obama Administration added a substantial number of new jobs and decreased the number of unemployed, almost 15 million disgruntled and discouraged citizens voluntarily departed the workforce, thereby negating the Obama Administration’s positive job gains.  Over the last 20-months, the Trump Administration is averaging a moderate level (192,000) of new jobs per month while maintaining the number of unemployed at historic low levels.  On the other hand, the Trump Administration has not stemmed the outflow of people voluntarily departing the labor force.

To stem this outflow, the Administration needs to increase its attention on small business and job creation at the base of the American socio-economic pyramid.  Unfortunately, small and startup businesses are producing a half the rate of previous years.  If the United States was creating new firms at the same rate as in the 1980s, more than 200,000 companies and 1.8 million jobs would be created each year.  Jobenomics believes that the Administration is likely to increase emphasis on the small business sector once President Trump’s policy and regulatory reforms, and big business progress in re-shoring jobs and recapitalization of facilities take root.

Download, at no cost, the complete 23-page 10 September 2018 Jobenomics GDP and Job Report by clicking the highlighted link or see the complete list of reports and e-books at the Jobenomics Library.

[3] U.S. Bureau of Labor Statistics, Table A-38, Persons not in the labor force by desire and availability for work, age, and sex, https://www.bls.gov/web/empsit/cpseea38.htm