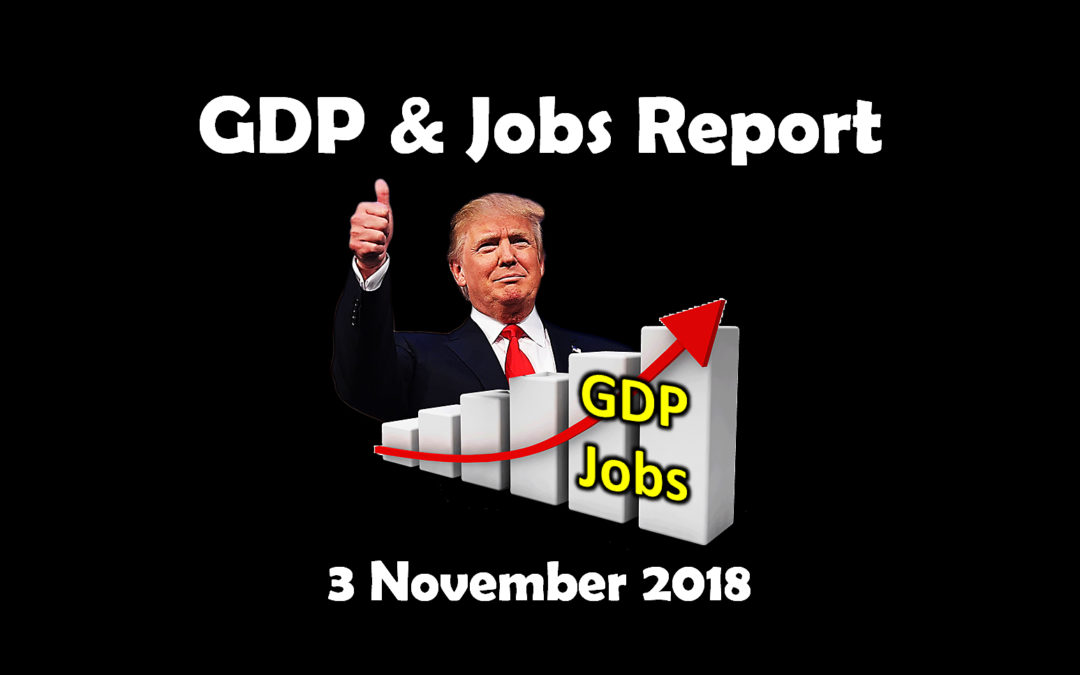 The U.S. economy is growing briskly.  The rate of GDP growth in 2018 is more than double the rate of GDP growth in 2016.  October 2018 employment reports indicate strong employment gains, significant reductions of sidelined citizens rejoining the workforce and a nominal increase in the number of unemployed.  October also marks the longest continuous job creation run (97-months) in U.S. history and the second longest period of recession-free months (112) in U.S. history.  If the current period of economic expansion continues, the United States will upend the historical record of 119-months in June 2019—a little over 60% through President Trump’s first term in office.

Over the last 22-months, the Trump Administration averaged a solid level of job growth (196,000 of new jobs per month that added a total of 4,313,000 new jobs), reduced the number and rate of unemployed by 1,427,000 citizens and 3.7% (a level not seen since 1969), and reduced the Not-in-Labor-Force outflow of workforce departures to only 871,000 people.  This reduction is a significant accomplishment in comparison to an order of magnitude larger exodus of workforce departures experienced by the two former Administrations.

Second, the BLS reports that only 5% of people in the Not-in-Labor-Force cadre currently “want a job.” The remaining 95% are living by other means including public/familial assistance, retirement income, student loans, or alternative lifestyles in the underground and illicit economies, all of which places a significant strain on taxpaying working Americans.

Lastly, the U.S. private sector now produces many more new jobs than they can fill due to a deficit of skilled labor.  Many of these open positions could be filled by skilled personnel who reside in the Not-in-Labor-Force.  Currently, 7.1 million open employment positions (the highest number in U.S. history) remain unfilled.  To provide a pathway for sidelined citizens to reenter the labor force, the Administration needs to increase its attention on small business creation at the base of the American socio-economic pyramid.

The Administration is beginning to increase emphasis on the small business sector since the President’s policy, and regulatory reforms are taking root, and big business is making progress in re-shoring jobs.  If the Administration puts as much energy on small business and workforce development as they are currently placing on big business and manufacturing, restoring the middle-class American dream could be President Trump’s greatest legacy—a legacy that could greatly help reunite today’s divided America.