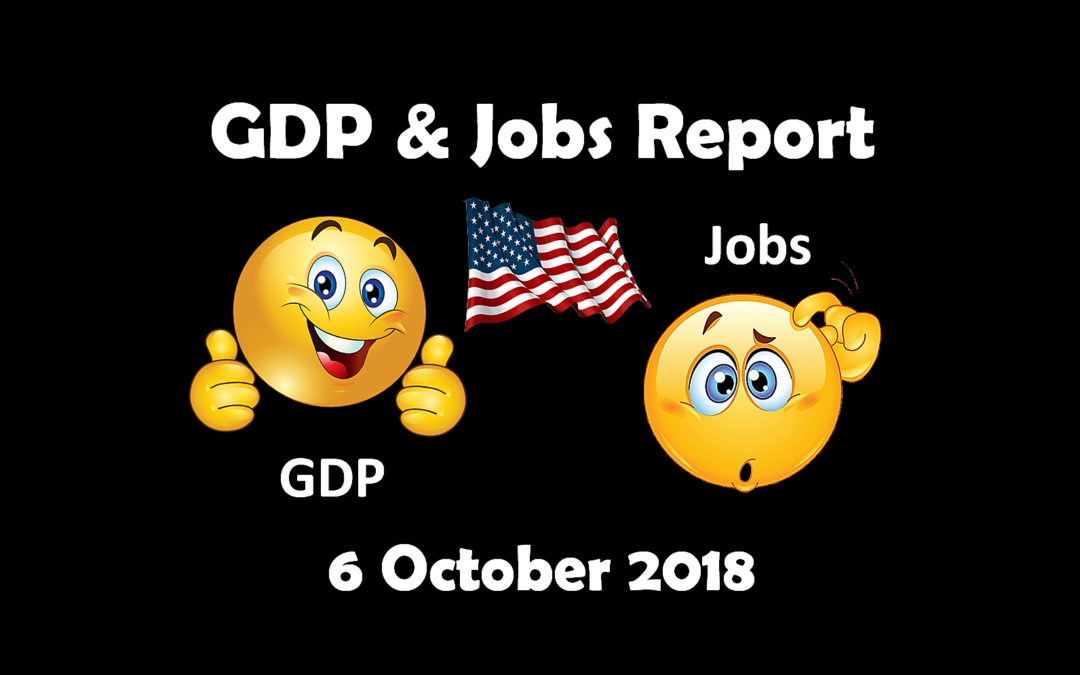 Record highs and record lows indicate that the U.S. economy is booming and the U.S. labor force is waning.  GDP growth reached the 4% mark and is projected to continue strong.  Stock markets and consumer confidence are at all-time highs.  Unemployment is at a 50-year low.  The longest span of consecutive labor gains has been extended to 96 months, the longest run since WWII when record-keeping began.  Conversely, the U.S. labor force is not keeping pace.  A record high of 7 million job positions remains unfilled due to a lack of job skills.  An all-time high number of 96 million citizens, who are capable of working, are no longer looking for a job.   Other than a few unicorns and gazelles, the small business engine is faltering, and the number of business startups dropped to 30-year lows.

From the end of the Great Recession to 1 October 2018, the United States economy delivered 109 straight months of GDP growth, which puts this recession-free run in second place over the last eight decades.  The 1990s had the longest run of 119 months, followed by 105 recession-free months in the 1960s.  If the current economic expansion continues, the United States will upend the historical record of 119 months in August 2019—three quarters through President Trump’s first term in office.  While there is little evidence that time limits economic expansion, the Administration will have to shift emphasis from promoting an economic sprint to developing a workforce and small business engine capable of sustaining an economic marathon over the long-term.

Download the entire 32-page report at no cost by clicking this link.  Also feel free to download this report and other Jobenomics e-books and special reports on economic, community, small business, and workforce development in the Jobenomics Library.

Update portions of this report will be posted over the next few months as new data becomes available.