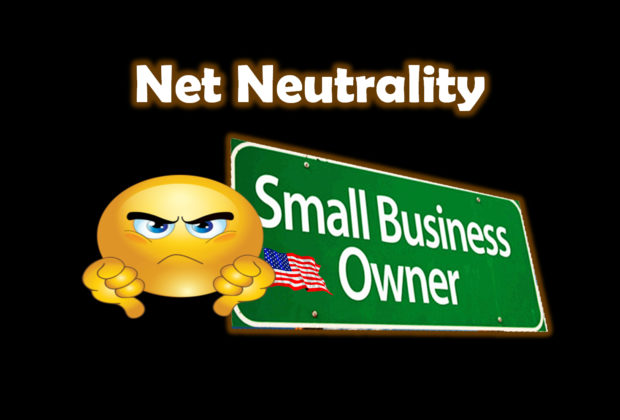 The Federal Trade Commission’s repeal of network neutrality is bad for small businesses and will hurt the Administration’s plan to produce 25 million new jobs and increasing GDP to a sustainable growth rate of 4% over the next ten years.   (Download this article that is part of the upcoming Jobenomics book on the emerging Digital Economy.)

Net neutrality was implemented in 2015 to provide a level playing field for all internet users.  The fundamental concept was to stop internet service providers (ISPs) to deliberately speed up, slow down or block internet users, or prioritizing content of one group over others.  Small businesses rely on an open, neutral Internet to sell products to their customers.   Moreover, an open internet encourages entrepreneurship and innovation.

Small business is the engine of the U.S. economy—an engine that employs the vast majority of Americans and produces the vast majority of new jobs not only this decade but in decades prior.  Business startups are the seed corn of the U.S. economy.  Without the planting and fertilization of these seedlings, the fields of American commerce would remain fallow.

Unfortunately, both U.S. small business and startup businesses are faltering.  American policy-makers and corporate-leaders do little to energize the small business community and promote American entrepreneurs who are essential to small business and job creation.  The FCC’s repeal of network neutrality favors big business and tilts the level playing field away from American startup, micro, small and self-employed businesses.

Startups (Less than 1-Year Old) As a Percentage of All U.S. Firms

In terms of new starts (firms less than 1-year old), the Bureau of Labor Statistics (BLS) reports that the United States is now creating startup businesses at historically low rates, down from 16.5% in the 1980s of all firms to 8% today.[2]  Based on a Wall Street Journal (WSJ) analysis of BLS data, “If the U.S. were creating new firms at the same rate as in the 1980s that would be the equivalent of more than 200,000 companies and 1.8 million jobs a year.”[3]  The WSJ also reports that the share of employment at firms less than 1-year old has slipped from nearly 4% to about 2% of private-sector jobs from the 1980s to today.  Business startups are the seed corn of the U.S. economy.  Without the planting and fertilization of these seedlings, the fields of American commerce would remain fallow.

About Jobenomics:  Jobenomics deals with the economics of business and job creation.  The non-partisan Jobenomics National Grassroots Movement’s goal is to facilitate an environment that will create 20 million net new middle-class U.S. jobs within a decade.  The Movement has a following of an estimated 20 million people.  The Jobenomics website contains numerous books and material on how to mass-produce small business and jobs as well as valuable material on economic and business trends. For more information see https://jobenomics.com/.