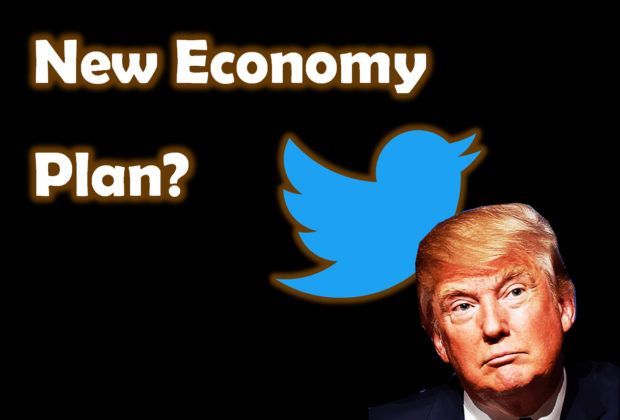 President Trump’s New Economy Challenge (Part 9 of 20).   President Trump is a big digital media fan as evidenced by his prolific use of Twitter and his 20 million Twitter followers.  However, the emerging digital economy has not been mentioned during his campaign or during his first several months in office.   Trump campaign’s economist estimates that the Trump economic plan would conservatively boost growth to 3.5% per year on average, well above the 2% currently projected by government forecasters, with the potential to reach a 4% growth rate resulting in a gain of 25 million new jobs over the next decade.  It is difficult for Jobenomics to comprehend the rationale for these worthy, but optimistic, projections when the emerging digital economy, also known as the “new economy”, is not central to his plan.  The emerging digital economy will create literally billions of jobs globally over the next several decades.  It will also displace a substantial percentage of existing jobs.  The new economy is the next really big thing that could be a marquee opportunity for the Trump Administration.  Technology already exists to connect everyone in the world.  Trump is a builder and has the wherewithal to lead and collaborate with the international community on a plethora of global initiatives (such as worldwide e-commerce system) that would greatly enhance the global economy and the American brand.

The digital economy (also known as the web economy, internet economy, network-centric economy, or simply the new economy) is an economy that is based on digital and networked technologies, which is increasingly intertwining and preempting today’s traditional economy.  In addition to NTR technologies, processes and systems, the digital economy consists of various components including government (policy and regulation), infrastructure (internet, networks, telecom and electricity), and providers (digital service, content, information and knowledge workers).

The digital economy’s orientation is significantly different than the traditional economy in terms of technology, governance, business and investment.  As more and more digital and network technologies, processes and systems are incorporated into the digital economy these differences will become more profound.

While the global digital economy is still in its infancy, it is growing fast, especially in Asia and Europe—regions that are outpacing the United States from a business and jobs creation perspective.  Countries that have a strategic vision with a complementary investment strategy will reap digital dividends in the form of faster growth, more businesses (especially small businesses), plentiful jobs, higher income and better services.  Countries that have a laisse faire approach to the digital economy will lose ground to those with strategic vision and common cause.  In countries with a weak digital economy, netizens and citizens will succumb to a digital divide, increased inequality and dissatisfaction.  Governing institutions, both public and private, derive much of their legitimacy from economic growth and income opportunity.  As compared to the traditional/standard/old economy, the emerging digital economy will provide a significant amount of economic growth and income opportunity for its people.

As a percent of GDP, the United States lags Europe and Asia in terms of the emerging digital economy.  Experts estimate that the U.S. digital economy is projected to be 5.4% of the total economy in 2016, compared to a world average of 5.5%.  Many Asian and European nations are ahead of the United States and are projected to grow significantly faster than the U.S. in the near future.  While the consensus view is that the digital economy accounts for about 5% of global GDP, its true value is likely to be four or five times that amount if one calculated the absolute value of enhancements to productivity and efficiencies to traditional businesses and consumers.

Experts disagree about the date when the digital economy will usurp today’s traditional economy.  Given the current rate of growth and the transformative effects of new NTR technologies, processes and systems, the digital economy could be the dominant element of many economies as early as 2025.

According to James McQuivey, the bestselling author of “Digital Disruption: Unleashing the Next Wave of Innovation”, as compared to the traditional economy, a digital economy is at least one hundred times easier to create and has ten times the number of innovators that can innovate at one-tenth the cost.  In addition, digital startups are much faster than traditional startups, which is an exciting opportunity for those that can capitalize on the momentum of the emerging digital economy. As stated by Tim Ferriss, bestselling author of the “The 4-Hour Workweek” and contingent workforce guru, “It is possible to become world-class, enter the top 5% of performers in the world, in almost any subject within 6 to 12 months, or even 6 to 12 weeks.”

Jobenomics agrees with both of these authors and so does the majority of American Millennials (Gen Y aged 22 years old to 37) and Screenagers (Gen Z aged 21 years old and below), the next generation of U.S. workers.

According Ryan Jenkins, a Millennial and Generation Z expert, 72% of surveyed Millennials (Gen Y) still at “regular” jobs want to quit within two years and be entirely independent and 72% of Screenagers (Gen Z) want to start their own business.  While much of this is just wishful thinking, the digital economy just might provide many of these Millennials and Screenagers with the tools to makes their dreams come true.  Conversely, the digital economy might be the only answer for many Millennials and Screenagers who may not fit in the corporate world or the traditional labor force.  Integrating them into a baby-boomer culture is a big challenge for business since they have distinct expectations and timelines that are often incompatible with today’s career paths.

The disruptiveness of the digital economy will certainly generate a backlash from institutions grounded in the traditional economy.  Legal and regulatory opposition from traditional businesses and government has started in earnest as evidenced by opposition forces against digital economy companies, like Uber and their contingent workforce drivers and Airbnb with their contingent workforce accommodation providers.  Furthermore, citizens that lack digital access or skills are already turning to the government for assistance and support.  The rise of the contingent workforce is also giving rise to government intervention, especially for low wage earners who are now voluntarily dropping out of the labor force at twice the rate of people entering the workforce.

Tomorrow’s workplace will likely be a tailorable mixture between mobile and fixed, work and play, and office and home.

MGI’s 12 Technologies That Will Transform Life, Business and the Global Economy by 2025

The McKinsey Global Institute (MGI) lists twelve disruptive NTR technologies that will affect billions of consumers and workers, and inject a hundred trillion of dollars of economic activity into the Digital Economy by 2025.  If all MGI’s predictions are realized, the grand total economic impact of these disruptive technologies would be $124 trillion which would be greater than the entire global nominal GDP $86 trillion slightly less than $138 trillion in GDP purchasing power parity as calculated by the International Monetary Fund’s 2016 World Economic Outlook Database.

The biggest challenge facing the new Trump Administration is how to mitigate the disruptive forces of the global digital economy and promulgate innovative ways to create mass-produced businesses and jobs that will sustain economic growth in the same manner as previous technology revolutions did in the past.

President Trump’s pick for commerce secretary, Wilbur Ross will have his hands full charting a course through a highly dynamic global digital economy.  Ross, a 79-year old investor and turnaround specialist, has amassed a personal fortune worth billions of dollars by turning around languishing industrial-based businesses. Secretary Ross will be assisted by another billionaire and turnaround artist, 47-year old Todd Ricketts, who will serve as Deputy Commerce Secretary.  Ricketts and his family dramatically turned around the Chicago Cubs, which they bought out of bankruptcy for $845 million in 2009, which they turned around to clinch the Cubs’ first World Series Championship since 1908.  Hopefully, Ross and Ricketts can to turn their old economy skills to the new economy in a short order of time.

Stay tuned for the next installment in the President Trump’s New Economy Challenge series entitled, “The Trump Administration’s Digital Elephant” scheduled for release on 8 March 2017.