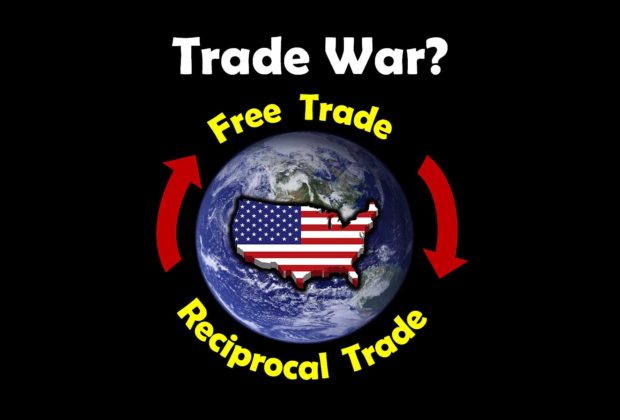 Free trade is an ideal goal.  In practice, reciprocal trade is more realistic, especially in an ever-changing global marketplace.  After WWII, the U.S. economy equated to about half the world’s Gross Domestic Product (GDP, the value of all goods and services).  For the first 3-decades after WWII, the United States could afford to assume the responsibility of rebuilding the economies of devastated European and Asian countries.  In the subsequent 4-decades, Americans acquired an appetite for cheap foreign goods and launched new initiatives, like NAFTA, to make North America the most economically competitive continent in the world.  Due to a stronger global economy, today U.S. GDP is now only one-fifth of world GDP.  Perhaps, now is the time to break our dependency on foreign goods and rebuild our flagging middle-class that has eroded as a result of outsourcing our manufacturing and labor force to foreign competitors.

Every American president since Ronald Reagan to Barak Obama attempted to balance the trade deficit via diplomacy.  However, habits are hard to break, and benefits are hard to revoke.  American’s are addicted to inexpensive foreign products, and foreign nationals are unwilling to relinquish the status quo.  Since diplomacy did not ameliorate trade imbalances, President Trump is instituting big stick trade balancing policies (e.g., tariffs and quotas) aimed at the top-5 U.S. trading partners (China, Canada, Mexico, Japan, and Germany) who are responsible for 75% of the 2017 U.S. trade deficit.  This big stick approach is alarming to domestic and international status quo supporters who claim that a trade war will ravage the global economy.   On the other hand, $11.8 trillion worth of trade deficits over the last 4-decades ravaged domestic U.S. industries and workers.

Is President Trump starting an unjust and unwinnable trade war or is he taking prudent actions to balance global trade and protect the U.S. economy?  The following nine charts present a strategic perspective of the U.S. trade situation and foreign trade deficits.  Data comes from the U.S. Census Bureau’s Foreign Trade Balance Index[1] and the World Bank[2] databases.  The charts speak for themselves.  So, you determine whether the Trump Administration’s approach to “reciprocal” trade is appropriate or not.