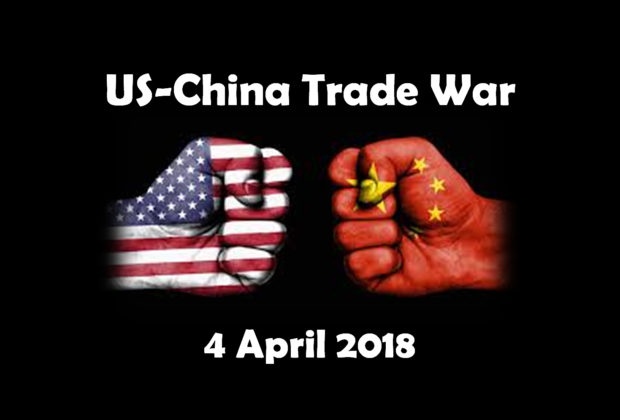 Is President Trump starting a trade war with China or is he reacting to a trade war that has been underway for quite some time?  Here is the official U.S. government data.   Decide for yourself or download this report and research the attached references.

According to the U.S. Census Bureau’s Trade in Goods with China database, the U.S. trade deficit increased from $0 in 1987 to $375 billion per year today.[2]  Since 1987, the total U.S.-China deficit amounted to an incredible trade imbalance of $4.7 trillion (not adjusted for inflation).  This enormous influx of foreign capital raised China’s Gross National Income per capita substantially.

Consequently, the claim that the United States helped finance the Chinese economic miracle that lifted 700 million people out of poverty has merit.  Gross national income (GNI) is the total domestic and foreign output claimed by residents of a country.  As shown, the World Bank reports a 26-fold increase in Chinese income per person from $320 in 1987 to $8,250 in 2016.[3]  While this trade imbalance helped raise hundreds of millions of Chinese out of poverty, it also created the erosion of the American middle-class and the loss of much of the U.S. manufacturing base over the last three decades.

China has not only dominated the U.S. trade balance in goods and services but in intellectual capital as well.  The Commission on the Theft of American Intellectual Property states the intellectual property theft (cyber theft, counterfeit goods, software piracy and trade secrets theft) costs the American economy as much as $600 billion a year with the vast majority attributed to the Chinese government.[4]

In the 1980s through early 2000s, the U.S. trade imbalance and technology transfer was a win-win for both countries.  With the support of the United States, China became a member of the World Trade Organization in 2001, and their economy accelerated to the point of reaching economic parity (GDP Purchasing Power Party) with the United States by 2014.  Throughout this time period, many Americans (including this author) believed that an economically secure China would stand alongside the Western world to help make the rest world a better place.  Unfortunately, China chose a different path—a path that is now unmistakably expansionistic and hostile towards the United States.  Allowing American trade deficits to fund Chinese economic and military hegemony is not only foolish but dangerous from a national, economic and labor force security outlook.

In its first book, Jobenomics published the following narrative on trade in 2009.

After WWII, when the US had 50% of the world’s GDP, we had a moral obligation to be charitable and help rebuild Europe and Asia.  Considering our nascent recovery from the economic crisis, shifting geopolitics, and the magnitude of U.S. debt, Americans can no longer afford to be economically naïve and have a reason to be cautious.

The logical place for the U.S. government to start with reciprocity is with large and medium-sized manufacturing companies that have declined at a precipitous rate over the last few decades.”

Jobenomics asserts that this narrative is truer today than it was in 2009.

About Jobenomics:  Jobenomics deals with the economics of business and job creation.  The non-partisan Jobenomics National Grassroots Movement’s goal is to facilitate an environment that will create 20 million net new middle-class U.S. jobs within a decade.  The Movement has a following of an estimated 20 million people.  The Jobenomics website contains numerous books and material on how to mass-produce small business and jobs as well as valuable content on economic and industry trends. For more information see https://jobenomics.com/.

[4] The Commission on the Theft of American Intellectual Property, http://www.ipcommission.org/