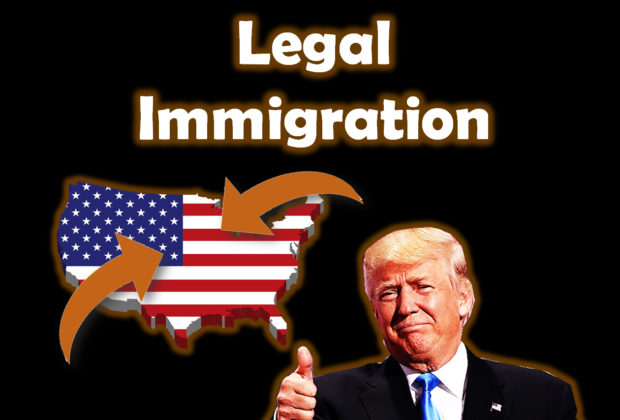 President Trump’s New Economy Challenge (Part 20 of 20).  The United States attracts the best and brightest people from other countries to study, work, become citizens and start businesses.  In 2015, immigrant startup business entrepreneurs represent 27.5%, up from 12.5% in 1996.  From a Jobenomics standpoint, this is a powerful statistic considering the far-reaching contribution of foreign-born immigrants and their children to American economic growth and prosperity.

Today’s immigrants are equally impressive.  Take Elon Musk, a South African-born Canadian-American, for example.  In 1995, at age 24, Elon came to America to get a PhD at Stanford, in applied physics and material science to work on ultracapacitors for use in electric cars.  He started work in Silicon Valley on an H-1B visa and was sworn in as an American citizen in 2002.  Since his arrival in the United States, he founded Zip2, X.com/PayPal, SpaceX, Tesla Motors, Solar City, Hyperloop, OpenAI, The Boring Company and Neuralink.  Today, he is listed as the world’s 21st most powerful person and 80th wealthiest person by Forbes.  Elon Musk’s role in business and job creation has had global impact well beyond the 30,000 American’s he currently employs.

Countries like Australia’s General Skilled Migration, the United Kingdom’s Highly Skilled Migrant Programme, Canada’s Express Entry system, and New Zealand Skilled Migrant system are employment-based systems that use “point calculators” to determine eligibility.  For the most part, these calculations are merits-based, but some add bonus points for having a close family relative living and/or productively working in the host country.  These immigration systems are skills-oriented to “fast-track” highly-skilled immigrants to permanent resident status, whether it is a permanent work visa (aka Green Card in the United States) or citizenship.

According to a recent tweet from President Trump, “The merit-based system is the way to go. Canada, Australia!”

The Government of Canada immigration website states that “We choose skilled immigrants as permanent residents based on their ability to settle in Canada and take part in our economy. There is a new system to manage how people with skilled work experience apply to immigrate to Canada. It is called Express Entry.”

Express Entry is used to manage applications for permanent residence under the:

Most of the 5+ million open job positions in the United States are likely to remain unfilled due to a lack of domestic skills.  While Jobenomics advocates implementation of a national lifelong applied learning and skills-based training/certification program to upgrade the skills of domestic workers, the United States also needs to recruit and retain global talent since the American education system is not producing the kind of workforce skill sets necessary for a competitive society.

The United States spends much more money and time per student than most countries.  Unfortunately, these expenditures do not translate into better performance or competitiveness.  According to the Organization for Economic Cooperation and Development (OECD), “students in the United States have particular weaknesses in performing mathematics tasks with higher cognitive demands, such as taking real-world situations, translating them into mathematical terms, and interpreting mathematical aspects in real-world problems.”  Among the 34 advanced economies in the OECD, the United States ranked 17th in reading, 20th in science and 27th in math.

Despite all the political rhetoric about U.S. immigration, comprehensive immigration reform, illegal aliens/undocumented workers and legal immigration, the American populace is mostly uniformed or undereducated about the importance of attracting the best and brightest people from other countries to study, work, become citizens and start businesses in the United States.  Most Americans would be surprised to find that the Bureau of Labor Statistics reports that there are 26,258,000 foreign-born persons in the U.S. labor force, comprising 16.7% of the total 157,130,000 American workforce (49% Hispanics, 24% Asian, 18% White and 9% Black) as of 2015.  The foreign-born include legally-admitted immigrants, refugees, temporary residents such as students and temporary workers and undocumented immigrants.  The U.S. Department of Homeland Security estimates the unauthorized immigrant population at 11.4 million up from 8.5 million in 2000 and 2-4 million in 1980.  Consequently, there are approximately 15 million legal foreign-born U.S. residents that are increasing a rate of 1-million people per year.

With a few exceptions, a foreign citizen must be sponsored by a U.S. citizen relative, U.S. lawful permanent resident, or a prospective employer to obtain an immigrant visa.  The sponsor begins the immigration process by filing a petition on the foreign citizen’s behalf with U.S. Citizenship and Immigration Services.  86% of all Immigrant Visa issued in 2016 were family-based, 10% were for special reasons such as conflict-related services and a diversity “lottery” to attract immigrants with low rates of immigration to the United States, and, lastly, 4% were employment-based.  As discussed earlier, other countries like Canada, United Kingdom and Australia, prioritize employment-based immigration as the primary and fastest route to legal permanent residency.

It is worthy to re-emphasize the fact that the Network Technology Revolution is facilitating an explosion in the emerging digital economy.  The McKinsey Global Institute (MGI) lists twelve disruptive NTR technologies that will affect billions of consumers and workers, and inject a hundred trillion dollars’ worth of economic activity into the global digital economy by 2025.   If MGI predictions are realized, the global economic impact of these disruptive technologies would amount to $124 trillion that is roughly equal to today’s standard economy.  Among the 34 advanced economies, the United States ranks 17th in reading, 20th in science and 27th in math—the disciplines required to populate the U.S. labor force with domestic workers with cognitive skills needed to solve real-world problems and provide enough digital-savvy humans to compete in the emerging digital economy.  No wonder that the major Information, Network and Digital Platform companies are moving overseas or enhancing their foreign operations where the technical skills are the highest.

Over 10 million people visited the United States for business or pleasure in 2016.  Over 8 million or 78% (highlighted in green above) are temporary visitors for business or/and pleasure.  Due to our enhanced security and perceived anti-immigration policies, the number of “B Visa” visitors dropped over the previous year by 6% or 481,000 visitors.  This drop is significant not only from tourist expenditures but decreased business meeting and social contact.

Highlighted in yellow are the E, F, H, J, M, O and P nonimmigrant visa categories of special interest to Jobenomics from a workforce and business development perspective.  Persons With Extraordinary Ability (O-visa) who are visiting temporarily should be given the red-carpet treatment and a fast-track to a green card if desired.  To a lesser extent, the same should be true for talented or high-potential visitors, students, workers and trainees F, J, H, M and P categories.  These 1,554,055 visitors by the very nature of their interest in America (education, training and work) would likely make great additions to the American labor pool and society.  Moreover, they probably represent the top 5% in the global gene-pool.

In summary, foreign-born citizens tend to be more entrepreneurial than native Americans.  Since the U.S. economy needs more entrepreneurs, startup businesses and skilled labor, it would be logical to promote legal immigration from an Employment-Based Preference Immigration Visa standpoint as well as a skills-based recruiting and retaining perspective on Nonimmigrant Visa holders.  Far too many talented foreign graduates from American colleges and universities are not afforded a green card opportunity and are forced to overstay their visa (making them illegals) or return home.  From a Jobenomics perspective, the American immigration system is upside-down.  Too much attention is afforded to illegal immigration and not enough to legal immigration.  In the realm of legal immigration the emphasis should shift from an 86% Family-Based Preference and 4% Employment-Based Preference to a more balanced 50%/50% emphasis.